Iraq: Oh the Mess We Have Made

Posted by Frankly Francis on June 20, 2014 under Social Issues/Politics |

Let me relay to you a conversation that occurred not long after Iraq War I – Desert Storm, but well before America toppled Saddam Hussein:  This was told to me by a stand-up guy regarding a talk that he had with a Prince of the royal family of Kuwait. He asked the Prince what he thought of Saddam Hussein. The Prince said that he thought Hussein was a very bad man, but the only man that could rule Iraq and keep it in check. My guy was more than a little surprised to get this answer. My guy pointed out that Saddam Hussein had invaded the Prince’s country, raped its people and destroyed many things of value. The Prince acknowledged the heavy price paid at Hussein’s hands, but reiterated that Saddam Hussein was still the best man for the job for all concerned.

Now let’s go forward to Bush, Cheney, Rumsfeld, Wolfowitz and the others…all of whom could be tried for war crimes in my opinion. They lied about the weapons of mass destruction – there weren’t any. They lied about Muslim Jihadists being supported by Iraq – there were none (at least there weren’t until we showed up). They asked us, the American people, to believe them in this. Most of us did. Our Republican and Democrat representatives told the administration “bombs away.” The Senate voted 77-23 while the House voted 297-133 in favor of the Iraq War Resolution. 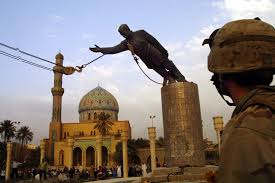 I remember watching Colin Powell present the administration’s case to the United Nations. Powell was a man that I respected, and still would like to respect, but he really looked strained and uncomfortable making his argument…the way people look when they are saying something they do not believe, but feel compelled to say it anyway. Whatever his reasons, he supported the wrong cause. 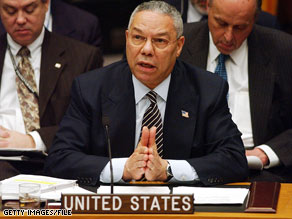 We were told if we didn’t want another imminent 9/11 on our hands that America needed to make a pre-emptive strike against Hussein. From my knowledge of history, virtually all pre-emptive strikes are framed in this manner to justify the action, but the underlying reality is sinister and self serving. We, the People, got swindled by our elected representatives. It was a cowardly act of war – one that will probably shame us forever. 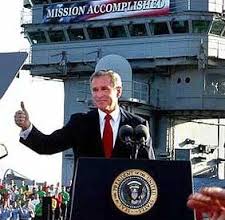 Funny too in that we had unprecedented world support before we turned our guns on Iraq. What a waste of goodwill.

Personally, on the record, I was opposed to our offensive war against Iraq. The subsequent facts reinforced my belief established in the ‘60’s about our government, which is: the only thing I can believe from our government is that I cannot believe our government.

But I am personally troubled because of one pretty significant reality: We did this thing to Iraq. We created this mess. I do not think that this can be disputed.

For your consideration, like it or not, do we have an ethical obligation to clean-up the mess we made even though we were lied to? Benjamin Franklin said, “Wars are not paid for during wartime, the bill comes later.” Though I am far from an expert on the sectarian issues in Iraq, whether we own up to what we did or not, we will probably be paying that bill forever… one way or another.